The current inclement weather has delayed actual physical contact with the season's new offerings from Stonemarket . In the more familiar mild and damp winters to which we've become accustomed over the past 28 years*, it would have been possible to get my mucky mitts on specimens before the turn of the year, but here we are, shivering our way into mid-January and still not a sniff of a sample, so rather than delay comment any longer, I'm limited to basing opinion on photies, an accompanying cd-rom and the inevitable marketing babble. 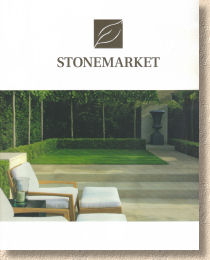 *28 years: all the meejah have been prattling on about "worst winter in 30 years", but the last bad winter was 1981-82, which makes it 28 years: I know this because it was the first and only time I was ever out of work, and it was my last winter as a single man. By the winter of 1982-83, I was a married man and no longer capable of being compelled to trudge the six miles back to my flat through knee-deep snowdrifts because the parents-in-law wouldn't have me risk my moral compass by staying under the same roof as my intended, their youngest daughter.

In a winter designed to match the chilly economic times, the budget for the annual publishing phenomenon that is the Stonemarket brochure seems to have a down-stuffed body warmer to inure it against the worst of the arctic blasts, for the 2010 edition revels in the now-familiar square-ish white format and a sumptuous 138 pages, but in the face of this seeming largesse, there's a relative paucity of new products. Maybe the prevailing financial and meteorological climate makes this not the best time to remove the protective fleece from a flush of new products, as this restraint seems to be a theme amongst many of the larger manufacturers.

While limited innovation may be understandable, it remains surprising that for a company which built its reputation on wet-cast paving of the highest quality, all the notable new fare is natural stone.

The most significant development, if it can be called that, is the debut of British natural stone after years and years of concrete and imports. Have the Asian pavings that have flooded the country for the past decade become so cheapened, not least by their floozy-like appearance on internet auction sites, that our “home grown” stone is now the upmarket material of choice? I do hope so, as I'll always recall a quarryman colleague of my youth describing northern Britain as “good rock-growing country”.

So now the more discerning homeowner can enjoy the understated beauty of two of the Pennines' best flagstones, more commonly referred to as "Yorkstone": Cromwell , a coal measure sandstone from Elland in West Yorkshire and from the more civilised Lancashire side of the hills, Ramsbottom's finest sandstone, the Scout Moor (although, for some reason, the name has been run together and appears as “Scoutmoor”). 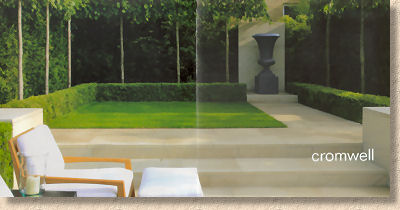 The mellow buttery buffs of Cromwell and the serene pastel blues, greys and creams with wispy veins of smoke of Scout Moor are now available as 38mm thick, 600mm gauged width with random lengths, sawn-six-sides flagstones, which are tough enough for light driveway use, if you can bring yourself to sully these gorgeous flags with tyre marks and oil drips. Gauged widths limit laying options to one pattern: coursed broken bond, but then, that is how most yorkstone paving was laid, traditionally and if it ain't broke, why fix it? 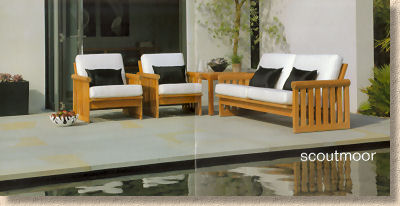 The blurb in both the brochure and the cd-rom makes much of the fact that both have been used in that London. That may be so, but far more has been used in decent places like Manchester, Leeds, Bradford, St. Helens and even Warrington. Where the north leads, that London will follow.....eventually!

Now brace yourselves: this is likely to retail somewhere around £85-£95 per square metre, so it's not the sort of stuff you'd use when you want a bit of paving for the dog kennel. However, this is the cream of the cream of native Yorkstone, with a pedigree stretching back hundreds of years and a lifespan that should see it outlive your grandchildren's grandchildren. Yes I know you can get Fossil Mint on eBay for 14 quid, but this stone is serious quality with a capital Q. It's akin to saying that 20K is a bit steep for a BMW when you can have a Matiz for 5K. As with many things in life, you get what you pay for.

Returning to the regrettably more familiar imported stone, the antiqued range sold as "Vintage" has a new addition in the form of Abbey . Not having seen this in the flesh, I'm judging from publicity photies, and it would seem to be a brownish-buff sandstone of mixed texture, ranging from almost smooth to the heavily rippled texture normally associated with Rossendale flagstones. It will be available in the usual 22mm calibrated format and the accompanying blurb reckons it's a ringer for reclaimed stone. Well, in the reclaimed stone market, Rossendale flags command a lower price than their more lightly textured cousins. What's the odds on this selling for less than the other, smoother Vintage products? 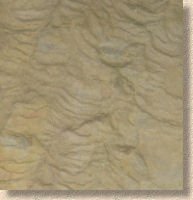 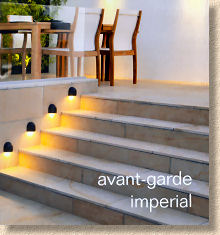 The honed Avant-Garden family also welcomes a new member that's been dubbed Imperial . Again, judging from photies, it's a buff-beige sandstone with highly variable iron-orange veining. Available in a four size project pack although two of the sizes (the rectangular 845 x 560mm and the linear format 845 x 130mm) can be had as single-size packs.

As I haven't played with this stone yet, I can't be certain, but I always worry when I see iron veining like this in a flagstone. Too much can lead to discoloration of the whole surface in some pieces, and the use of any acid-based cleaner is an absolute no no!

The final additions to the stone retinue are Trustone Steps and Edgings . The steps bear an uncanny resemblance to those being offered by Marshalls and featured in the news section here just before the snows came. The edgings and corner posts are exclusive to Stonemarket though, and very nice they are.

Round top edgings have a long pedigree in the garden, but one that largely came about from clayware pavings of the late 19th century and the subsequent development of efficient and reliable concrete moulding. Double bull-nosing a strip of stone for an edging would have been considered extremely fanciful (and costly!) by banker masons of old.

At 570mm long, they are shorter than traditional "yard-long" edgings (915 or 900mm) but then they should be less prone to breakage in transit. The 85x85x350mm square-edged corner posts, though, are simplicity itself, being little more than sawn-six-sides blocks. They'll both work wonderfully well with the sawn stones which have lacked a decent edging partner for far too long. 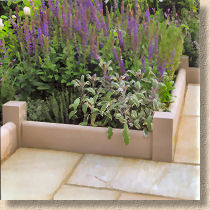 A couple of changes in the world of walling with the low key launch of Carluke Walling , a concrete block in three colours (red, buff-black and buff), three finishes (pitched, rumbled and split) and up to six sizes, depending on colour. I'm taking an educated guess that this is the walling block I first saw up at the Paver Systems plant in Lanarkshire 3 or 4 years ago. If so, it's nothing radical, but it's a bloody tough block, tough enough for substantial walls.

Rio Walling is augmented by the long overdue addition of Quoin End units, which puts a long-overdue end to the nonsense of having untextured faces at the ends and corners of walls.

As ever, the photography within the brochure is nothing less than superb and the text finds that exquisite sweet spot between brevity and clarity. The cd-rom, which probably won't be inflicted on the general public, is a bit too much. The voiceover simply reads the brochure text over slow pan shots of the staged photo-shoots, without giving anything extra, and then the latter half descends into the meaningless babble of garden designers the world over, with talk of harmony, balance and worst of all, the "outdoor room". Puh....lease!

Still, the shiny disc could be hung from a low branch by a thread and used as a cat scarer, so the garden will benefit to some degree. The brochure, however, deserves pride of place at the top of the stack of 2010's publications. It remains the one against which all others are judged.

Stonemarket 2010 Brochure as a PDFDownload here