A Passage to India

A Passage to India

Over recent months hardly a weekend has passed without some glossy Sunday magazine or worthy documentary on TV producing what they bill as an explosive expose of appalling working conditions in some of the quarries producing the Indian sandstone that is being used to gradually pave over the whole of Britain and Ireland. Indeed, there are some bloody horrendous sites (and sights) out there: women, children, prisoners and what is effectively slave labour are sometimes forced to work in unspeakable conditions, and often for a pitiful wage. It offends our western sensibilities to see and hear about such conditions, but we continue to buy the stone, and just hope that the flagstones on our patio come from a more ethical source. Some of us will ask questions of the importers and distributors, but how can we be sure that they know just what conditions are imposed by their suppliers? And even if they asked their suppliers, would they be told the truth? 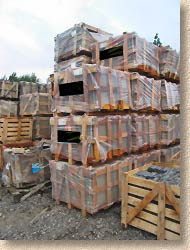 Some of the more concerned figures in the stone paving industry have elected to find out for themselves by going out to India, visiting the quarries and factories and shipping depots of their suppliers to check conditions, to witness at first hand the working practices, and to review the pay and employment terms of the employees. Late last year, this website published a post-visit blog written by Marshalls' Marketing Director Chris Harrop of his visit to some of the Marshalls' suppliers during November and December.

In the coming weeks, this idea will be taken one step further: Pavingexpert.com is proud to be the exclusive publisher of a live blog of a visit to various "facilities" in India being made by Chris van Halewyn, Managing Director of Sevenoaks-based stone importer Rock Unique , and David Dodd, proprietor of " The Outdoor Room ", a specialist landscape construction company based in West Sussex.

Rock Unique are one of the larger importers of Indian sandstone and Chris has become increasingly determined to be 100% certain that the stone he brings into the country is ethically sourced, so that he can sell it to his customers with a totally clear conscience. His philosophy has been to supply quality stone from ethical sources at a fair price. He's not interested in being the cheapest – as he says, there's a hidden cost to the cheap stone, and that cost is often borne by those that can least afford it: the quarry workers in India, China, Vietnam and elsewhere.

David is a respected voice within the landscaping industry and he has funded this trip from his own pocket as he fervently believes that it is only by people such as himself impressing on the quarry owners, the factory managers and the shipping agents that stone produced under slave-labour conditions faces a bleak future in Britain, Ireland and throughout Europe as the issue of ethical trade rises up the political agenda.

The main reason for going is to give a view on how the sandstone and limestone paving is produced and shipped from India to Britain. I am going with a very open mind and intend to report back exactly what I see happening.

The idea of doing a daily blog on the pavingexpert website is excellent and hopefully both Chris and I can provide a good 'independent' source of information to the industry.

It's reassuring to know that people within the paving and landscape industry as a whole have genuine concerns over how materials are being sourced and are now actually doing something about it. I have been talking to BALI (British Association for Landscape Industries) about this trip, and on our return, I will be contacting all stone merchants nationwide as well as the professional bodies for the landscape and garden design industries and the national press. More or less anyone who's prepared to listen! 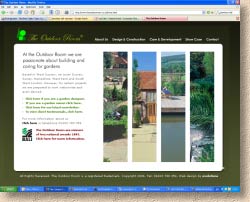 I think it is vital now that a certification is given to all imported stone showing where it has come from. This can be something similar to the FSC mark for timber and can be called something as simple as Ethically Imported Stone. It would be great to get more people on board to help achieve this.

Chris and David are planning to send a daily email recording their thoughts and experiences, along with photographs of their travels and encounters, which will be uploaded onto a special blog on this site for anyone and everyone to read and to add their own comments.