Home / About Us / Comic Corner

There are quite a few comics in the paving trade. Some are natural jokers, always keen on having a laugh with the lads, and then there are those whose work is comical, or would be if it wasn't for the fact that some poor sod is paying for their incompetence while the clown laughs all the way to the bank.

However, the paving trade has appeared in various publications over the years, from Hogarthian etchings of mason paviors creating the sett-paved streets of Olde London Towne, right up to that most British of all publishing: the comics. Growing up in the 1960s, my great-grandmother used to buy a comic each for my sister and me each week. Although the comics were always published on Wednesdays, I would have to wait until the following Monday when my grandmother visited and brought the comics generously bought by her mother from her pension money.

While my sister got The Beano , now the only real surviving comic, I received The Topper , a broadsheet comic back in the 60s and early 70s, which continued to be published up until 1994. I relive those halcyon days of endless summers, Mungo Jerry, three-day weeks and power cuts by collecting the Topper annuals, the hardback book version of the comic published each Christmas to capitalise on those relatives who are short on ideas but rich in cash. And it's from the 1973 edition of The Topper annual that brings you this gem, showing streetmasonry at its very best... 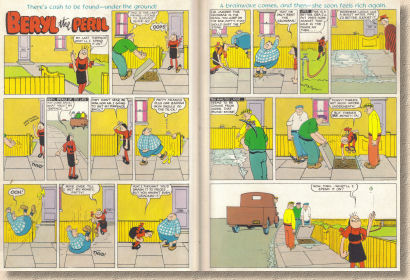 Beryl the Peril was The Topper's version of the classic comic tomboy. More anarchic than Minnie the Minx who wreaked mayhem each week in The Beano, Beryl was more like a pre-pubescent Tank Girl: strong minded, fiercely independent, with few redeeming features and bit of a nasty streak at times. Beryl wasn't so much a cheeky yet lovable rogue, she was more of an asbo-in-waiting, a damned nuisance to any adult within her range.

She blithely ignored her parent's orders, gleefully attacked neighbours and, as in this strip, anyone with a weight problem was always a prime target. Looking back at those episodes from the 60s and early 70s, most ended with Beryl being bent over her father's knee while he "tanned her hide" as it was known. Not acceptable nowadays, but that's how it was for many kids back in the days before Childline and political correctness. You misbehaved: you got a walloping!

Thankfully, this is a happier episode with Beryl using her wiles to trick the highways gang into lifting the just-laid paving so that she can retrieve her 10p pocket money. The artist is pretty accurate in rendering the typical paving gang of those days. Look at the baggy "let 'em swing" trousers held up by wide leather belts. Flat caps instead of hard hats, no Hi-Vis, no gloves, no NRSWA signage, and dropping the flag in from its long edge. It doesn't half take me back. Enjoy! 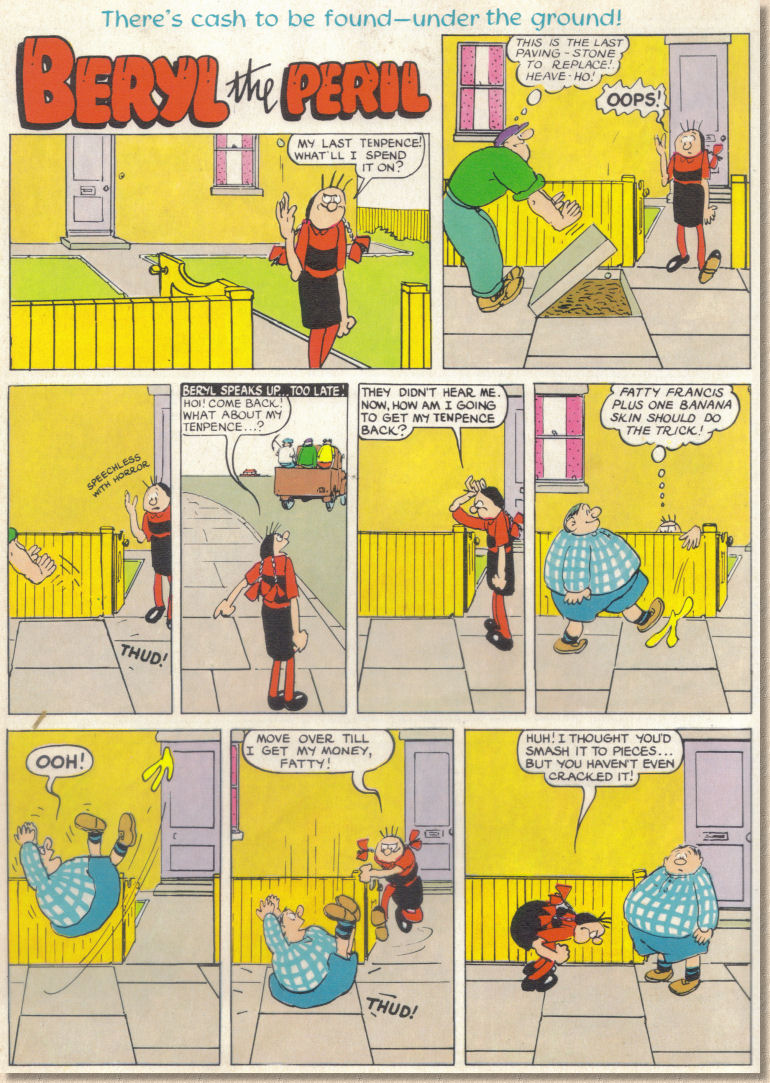 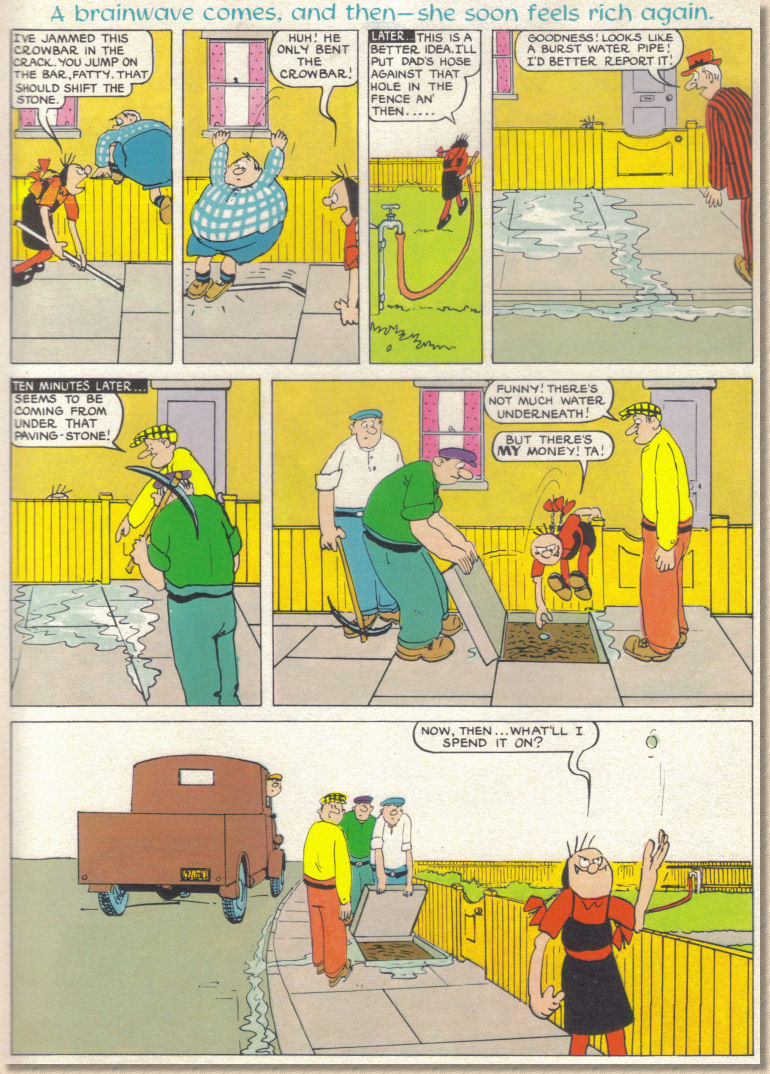 If you have any paving memorabilia, I'd be thrilled to see it and possibly interested in adding it to my sad little library of drawings, paintings and photos of paving through the ages. Use the form on the Query page to contact me.